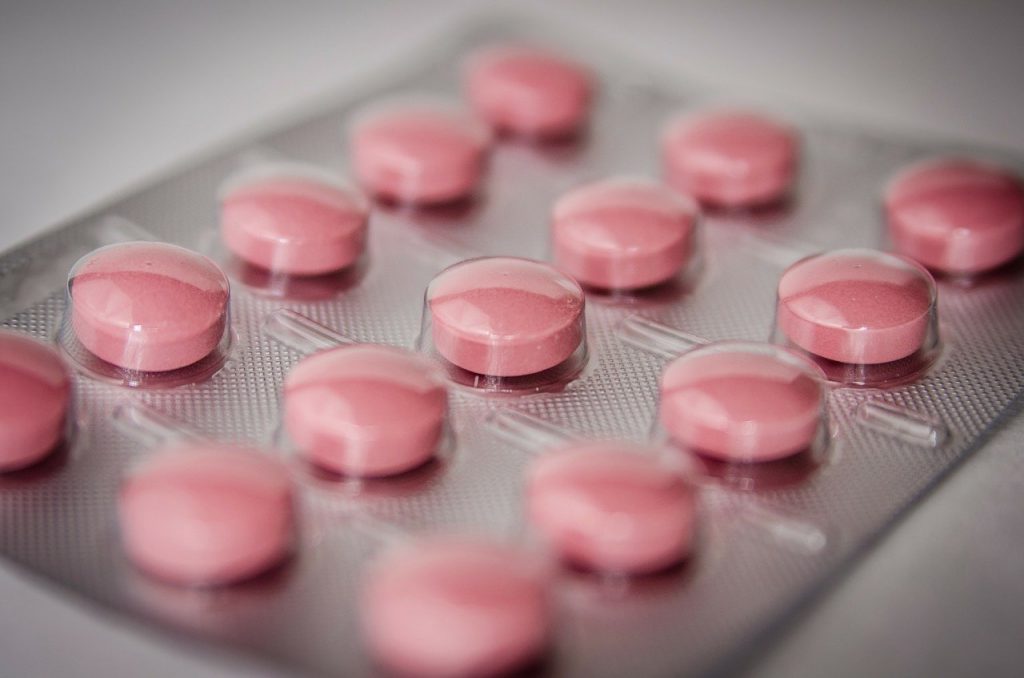 Fertility drugs are medications prescribed to treat some of the causes of female infertility or to use in combination with other fertility treatments such as in-vitro fertilization (IVF) or intra-uterine insemination (IUI).

Fertility drugs can treat hormonal imbalances related to infertility in women or can help manage conditions that cause fertility issues such as polycystic ovary syndrome (PCOS).

Fertility drugs are also used in couples with unexplained infertility with some success.

About 20-25% of women suffer from infertility caused by ovulatory dysfunction such as anovulation or irregular menstrual cycle due to stress, PCOS or weight related issues.

Clomiphene citrate (CC) is the most commonly prescribed fertility drug for women and has been used since the 1960s.

To induce ovulation, clomiphene citrate is usually taken at the end of the period (5th day) with a starting dose of 50mg for 5 days. The dose may be increased by the doctor up to 150mg a day. Taking clomiphene citrate will cause the ovulation to occur within 5-10 days in 80% of women and on average half of them will achieve pregnancy.

In women with unexplained infertility, clomiphene may be used alone or in combination with IUI for 3-4 cycles with a success rate of about 6-8% per cycle.

The side effects of clomiphene citrate are due to its mechanism of action: clomid blocks estrogen receptors tricking the brain to think estrogen levels are too low. This leads to the hypothalamus releasing more gonadotropin-releasing hormone (GnRH) which stimulates the pituitary gland to release follicle-stimulating hormone (FSH) and luteinizing hormone (LH); these hormones stimulate the ovaries and are responsible for the side effects.

The side effects of clomid are usually mild and the most common ones include:

Clomiphene can also cause changes in cervical mucus production which cause vaginal dryness.

Clomid increases the chance of multiple pregnancy: in about 8-10% of cases the patient might get pregnant with twins and in about 1% it could be triplets.

Ovarian hyperstimulation syndrome (OHSS) is a rare but serious condition which can be caused by ovulation inducing drugs; always report to your doctor any symptom you might be experiencing, even if you think it might be unrelated to the medication.

When treatment with clomiphene citrate fails, the dose may be increased by the physician or other medication may be used in combination with CC; other forms of assisted reproductive technologies such as IUI and IVF may be tried too.

Letrozole has been used to treat hormonally-responsive breast cancer since the late 1990s. Femara is also used off-label as fertility drug since 2001; it is a medication that blocks the aromatase enzyme causing a drop in estrogen levels. This leads to a similar response to clomiphene administration causing the release of FSH and LH, with ovulation induction. Letrozole is taken by mouth for 5 days starting from the last day of menstrual period in doses ranging between 2.5-7.5mg as prescribed by your physician.

Femara seems to have similar or fewer side effects than Clomid and no effects on cervical mucus. It also has a similar rate of pregnancy and possibly a lower rate of multiple pregnancies.

Human menopausal gonadotropin (hMG) is a fertility drug containing both FSH and LH and injected either subcutaneously or intramuscularly. FSH and LH stimulate the ovaries to mature and release the eggs. Women suffering from hypopituitarism benefit from hMG treatment. Injections are performed for 7-12 days.

Follicle Stimulating Hormone (FSH) is a fertility drug used to directly stimulate the ovarian follicles to mature the eggs. The medication may be injected under the skin or into a muscle.

Human chorionic gonadotropin (hCG) triggers the follicles to release the mature egg. It is administered as a single intramuscular injection to mimic the natural surge of LH causing ovulation. 24-36h after the injection, ovulation occurs.

There are two forms of hCG: u-hCG and r-hCG. The first is urinary-extracted the second one Is recombinant, meaning it is lab-made.

Gonadotropin releasing hormone (GnRH) agonists and antagonists are used to avoid the surge in LH which causes ovulation to occur. This may be done to prevent premature ovulation or as part of IVF in preparation for egg retrieval to allow a greater number of follicles to mature eggs. GnRH are administered as an injection.

When infertility is not caused by ovulatory dysfunction, there are other drugs available to treat the other conditions that may be causing infertility in a woman.

Prolactin is a hormone produced by the pituitary gland. Elevated levels of this hormone lower the levels of estrogen and affect ovulation. Increasing the levels of dopamine by administering bromocriptine or cabergoline, reduce the level of prolactin normalizing ovulation.

Progesterone is a hormone released by the ovaries after ovulation to prepare the uterus for the implantation of the fertilized egg. It is most often prescribed during IVF as other drugs might disrupt the natural secretion of progesterone, but it may also be prescribed in cases when low progesterone is responsible for infertility in women. It is available also in oral and injectable form, but it is usually prescribed as a vaginal suppository/tablet or gel.

Metformin is an oral medication used to treat diabetes. Due to insulin resistance playing a role in PCOS, metformin may be prescribed in combination with other fertility drugs to improve ovulation.

Dexamethasone is a steroid used in combination with clomiphene to decrease the production of androgens which affect the ovarian follicles interfering with egg maturation. Dexamethasone also appears beneficial in improving the pregnancy rate of women suffering from unexplained infertility.

While ovulation induction (OI) is a medical therapy that uses drugs to stimulate ovulation and the development of ovarian follicles with maturation of the eggs, superovulation (SO) refers to the medical therapy that uses drugs to stimulate multiple follicles with maturation and release of multiple eggs. Both ovulation induction and superovulation use the same drugs, but they differ in treatment protocols, combination of drugs and dosages.

Superovulation is also known as controlled ovarian hyperstimulation and it is a technique used in assisted reproductive technologies (ARTs) such as in-vitro fertilization (IVF) to increase the chances of a successful pregnancy.