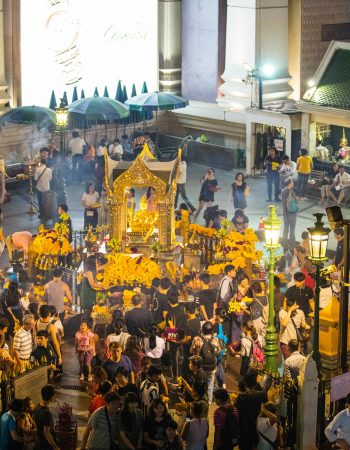 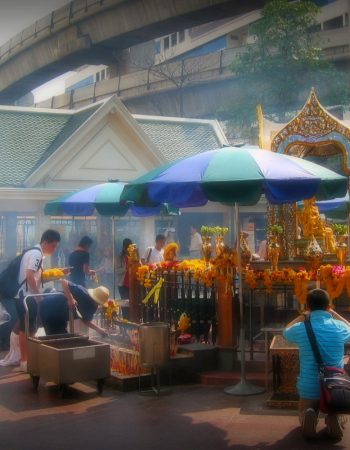 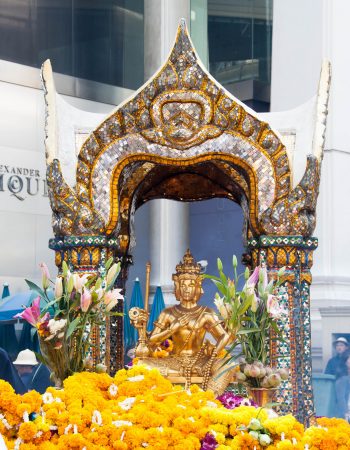 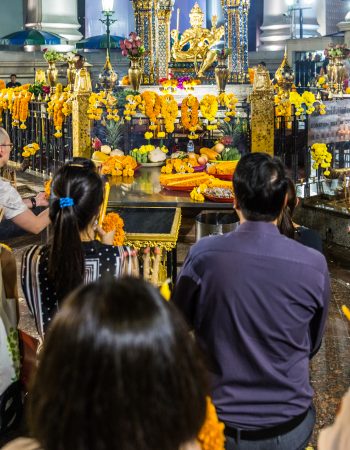 Thao Maha Phrom Shrine (Thai: ศาลท้าวมหาพรหม), commonly known as Erawan Shrine, is one of the most popular shrines of Bangkok due to its gained reputation for granting wishes.

It was built in 1956 to fight the bad karma around the construction of a new hotel, the Erawan Hotel, which was facing incidents from injured workers to the sinking of a marble carrying ship. After consultation with a Brahmin priest, it was determined that the place needed a statue of Lord Brahma: Erawan (the name of the former hotel) is the elephant escort of Indra in Hindu mithology and so the blessing from the God of Creation was sought. After its construction no more accidents occurred.

The bustling shrine receives countless followers daily, many of whom ask for their wishes to come true by offering fruits, burning candles and incense sticks. After the wish is granted they come back and arrange a Menora (Lakhon chatri) dance, whereas others offer carved wooden elephants in return.

The shrine is located in central Bangkok and is easily reachable with public transport too.