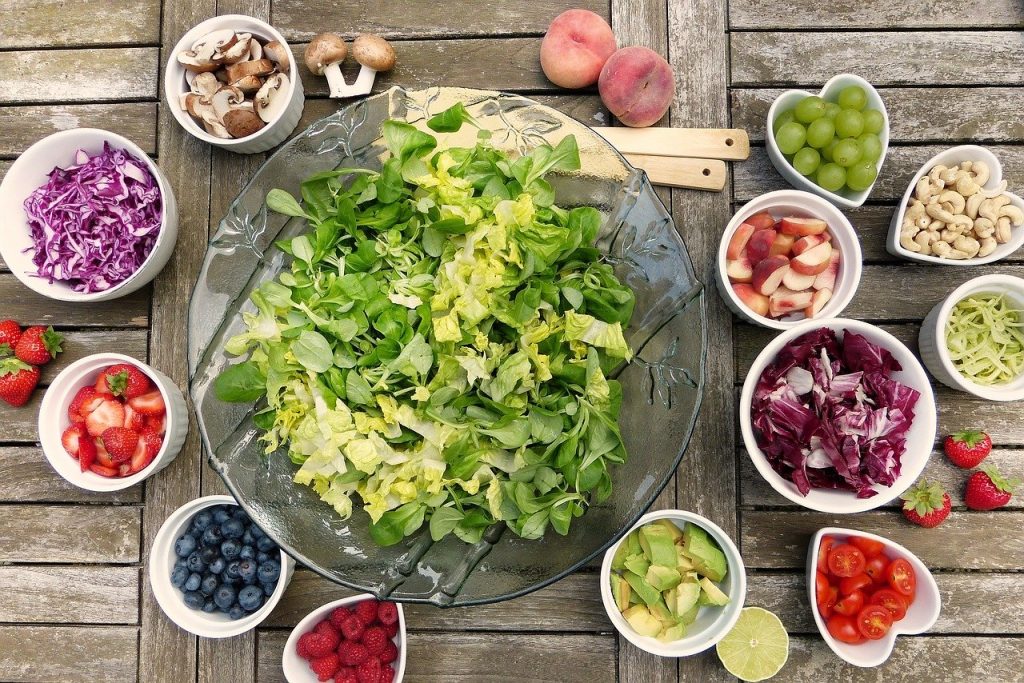 Supplements may be used successfully to increase male fertility and conception rates.

A healthy and balanced diet is fundamental in the prevention of diseases and for overall health. In the general population, a healthy diet is sufficient to provide all vitamins and minerals needed, but when the diet is poor and unbalanced a supplement can make the difference. Moreover, our lifestyles and environment, such as smoking, sleep deprivation, stress, drinking alcohol, and pollution increase oxidative stress damage by free radicals to our cells, making antioxidant supplementation a good choice to fight off these extra damaging compounds.

Deficiencies of all nutrients cause health issues, but also the excess of some of them can be detrimental for health or can interact with other medications; it is important not only to avoid deficiencies, but also to avoid taking extra supplements when not needed. For this reason, always consult and inform your doctor of any supplement you take or plan to be taking.

We will now take a look at the most promising supplements to increase male fertility and conception rates based on current medical evidence.

Vitamins and minerals are the most widely known form of supplement and are often found in combination and sold as “multivitamins”.

Vitamins are organic elements that can’t be synthetized by the human body, although some can be synthetized to some extent. Vitamins are essential in small quantities for the proper functioning of the organism and are therefore necessary for life.

Minerals are inorganic elements that can’t be synthetized at all by the human body and that are essential for life and proper functioning and health of the human organism.

Both vitamins and minerals are generally obtained through diet. They are known as micronutrients or trace elements due to the small quantity needed daily when compared to macronutrients like proteins that we need in far larger amounts.

Zinc is a mineral important for male fertility due to its involvement in spermatogenesis and in DNA and RNA synthesis; moreover, zinc concentration levels are high in male sexual organs such as the prostate and the testicles as well as in the spermatozoa themselves. Zinc deficiency may delay the development of the male sexual organs and may impair fertility in males. The daily recommended dietary allowance (RDA) for zinc for adult males is 11 mg.

Selenium is a mineral showing antioxidant properties. Selenium is also a critical component of an enzyme (GPx4) critical for sperm formation and maturation and it is found in increased concentration in the testicles during spermatogenesis. Selenium deficiency may decrease the quality of sperm due to oxidative stress and to its involvement in spermatogenesis. The RDA for selenium for adult males is 55 mcg.

Also known as folate or vitamin B9, folic acid shows antioxidant properties by protecting DNA from oxidative damage. It also plays a role in DNA, RNA and amino acid synthesis making it an essential micronutrient for spermatogenesis. Due to these functions, folate deficiency may have an impact on male fertility. The RDA for folic acid for adult males is 400 mcg.

Vitamin E is a fat-soluble molecule known for its role in fighting oxidative stress and in particular for protecting cell membranes from free radicals. It is also involved in the development of healthy male reproductive organs. For these reasons, vitamin E deficiency may cause abnormalities in male reproductive tissues and may allow for oxidative damage to sperm, with an overall decline of its quality. The RDA for vitamin E for adult males is 15 mg. From studies, a daily supplemental dose of 400 mg (600 IU) has been shown to decrease sperm DNA fragmentation and improve sperm parameters such as sperm concentration, sperm motility and morphology. Although the upper intake level is established at 1,000 mg (1,500 IU), vitamin E has blood thinning properties too; due to the uncertain long term effects of high doses of supplemental vitamin E, it is better to play safe and supplement about 150 mg (200 IU) of vitamin E per day for the scope of improving male fertility and avoid unnecessary long term supplementation.

Also known as ascorbic acid, vitamin C is a water-soluble molecule with antioxidant properties. It is found in seminal fluid where it plays a role in protecting sperm from oxidative damage. Supplementation of vitamin C increases its concentration in seminal fluid and has been shown to improve sperm parameters such as sperm concentration, motility and reducing DNA fragmentation. The daily recommended supplemental dose is 500-1,000mg once or twice daily (total 1-2 g).

Also known as cobalamin, vitamin B12 has a substantial role in many physiological processes including positive effects on semen parameters which influence overall sperm quality and quantity. Vitamin B12 is often found in lower concentration in infertile males when compared to fertile males. While vitamin B12 deficiency is likely to contribute to male infertility, the effects of its supplementation on fertility are still unclear. The RDA for vitamin B12 for adult males is 2.4 mcg.

Vitamin D receptors have been found in the male reproductive system, including the testicles, spermatozoa and the prostate and its deficiency has been suggested as a contributing factor to male infertility. Vitamin D supplementation in males has been shown to be positively associated with better motility in sperm, while other findings are controversial and inconsistent across different studies. The RDA for vitamin D for adult males is 15 mcg (600 IU).

Omega-3s are polyunsaturated fatty acids especially abundant in fish and seeds. There are three types of omega-3 fatty acids: alpha-linoleic acid (ALA), eicosapentaenoic acid (EPA) and docosahexaenoic acid (DHA). ALA is essential, while EPA and DHA can be synthetized from ALA.

Recent studies have shown that endogenous synthesis of both EPA and especially DHA is actually very low, insufficient and inefficient; the only way to increase levels of EPA and DHA appears to be via diet or supplementation of each specific omega-3.

Omega-3 fatty acids are studied for their role in reducing inflammation, for their neuroprotective properties, and for slowing many aging processes.

Fish, one of the main sources of omega-3s, is unfortunately also showing to have high levels of mercury and other poisonous heavy metals due to the polluted environment, so to increase the intake of omega-3s taking a supplement may be more beneficial.

Sperm membrane has a high content of omega-3 fatty acids which are fundamental for sperm mobility too. An increase of omega-3 through diet has been shown beneficial in increasing the omega-3 content in sperm. Low levels of omega-3 in spermatozoa are found in infertile men, linking a decrease in these molecules to infertility. Supplementing omega-3s may be beneficial for sperm concentration, motility and morphology. The daily recommended supplemental dose of omega-3s is 1-2 g. Polyunsaturated fatty acids should be supplemented in conjunction with antioxidant as they are molecules which greatly suffer from oxidation, degrading easily when exposed to free radicals.

Antioxidants are molecules that help fight oxidative stress. Oxidative stress is caused by oxidation by Reactive Oxygen Species (ROS) commonly known as free radicals. There is an equilibrium between oxidants and antioxidants and when this is disrupted the consequence is oxidative stress and cell damage. This type of damage is linked to aging and to many diseases involving all systems of the human body, including negative effects on many steps of human reproduction. Antioxidants also help with the immune response.

Reactive oxygen species are increased by smoking, pollution, drinking alcohol, stress, and by many other lifestyle and environmental factors as well as by medical conditions such as chronic diseases and infections.

Antioxidants may be obtained through the diet. Many micronutrients like vitamin A, C and E have antioxidant properties. Other trace elements play a role in fighting oxidation, like selenium, zinc and group B vitamins. Other antioxidants are synthetized by the human body like glutathione. And many more can be obtained through diet, from green tea, wine, fruits, vegetables, …  many plants and derivates contain different molecules with antioxidant effects. A lot of studies have proven the beneficial effects of antioxidants, but sometimes diet alone is not enough to experience such effects: resveratrol, for example, is an antioxidant found in wine. Studies have shown positive effects on health with doses between 25 mg and 5 grams of resveratrol. The average wine contains 2 mg of resveratrol per liter, this means that to ingest the lowest doses that have been tried in studies, one should drink at least 12 liters of wine with obvious negative consequences for health. In some cases, supplementation is easier, more convenient, cost-effective and more beneficial than increasing the antioxidant intake through diet.

Also known as ubiquinone or COQ10, coenzyme Q10 is essential for production of energy within the cells and it is also an antioxidant. Studies have shown improvements in sperm parameters, like concentration, motility and morphology after supplementation with CoQ10. The daily recommended supplemental dose for coenzyme Q10 is 200 mg.

L-Carnitine (LC) is an essential molecule for bioenergetic processes. Acetyl-L-carnitine (ALC or ALCAR) is a derivate of L-Carnitine which is also synthetized in human cells during energy production processes. Both LC and ALCAR possess antioxidant properties. The highest concentration of l-carnitine is found in the epididymis in the male reproductive system, with a concentration 2,000 times higher than in blood. Studies have shown a correlation between LC and ALCAR supplementation, alone or in combination, and increased sperm motility, sperm concentration and fertility. The daily recommended supplemental dose for l-carnitine is 2 grams and for acetyl-l-carnitine is 1 gram.

Astaxanthin is a carotenoid giving the red color to shrimp, salmon, trout, krill and other marine organisms. Although it is a carotenoid like vitamin A, it is not converted into vitamin A in the human body and for this reason it is non-toxic, safe, and well tolerated with no known side effects. As an antioxidant, astaxanthin provides protection against oxidative stress and against lipid peroxidation. Carotenoids work in synergy with selenium and vitamin E. The daily recommended supplemental dose for astaxanthin is 16 mg.

Lycopene is another carotenoid, but it is found in red fruits and vegetables such as tomatoes and watermelons. Like astaxanthin, lycopene is non-toxic and it is not converted into vitamin A. Lycopene is found in high concentration in the testicles and its levels are decreased in infertile men. Its supplementation has been found to improve sperm parameters. The daily recommended supplemental dose of lycopene is 10-20 mg in one or two doses.

The takeaway on supplements for infertility in men

After reading this long list you might wonder how many of these supplements you should be taking to boost your fertility. So, here’s the take home message:

For more information on the possible causes of infertility in men check out the dedicated article.