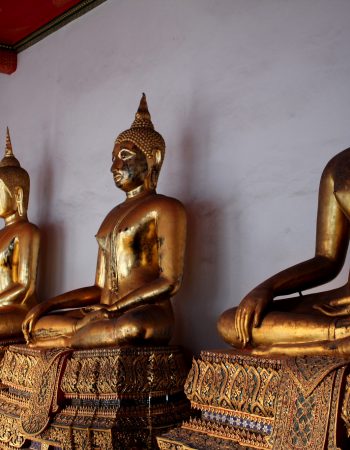 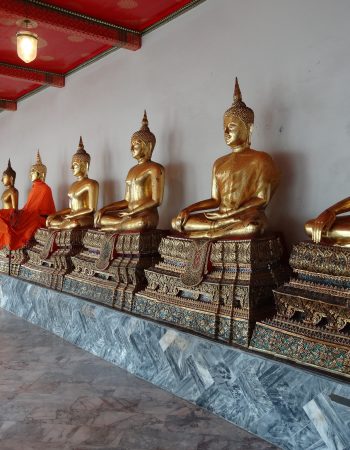 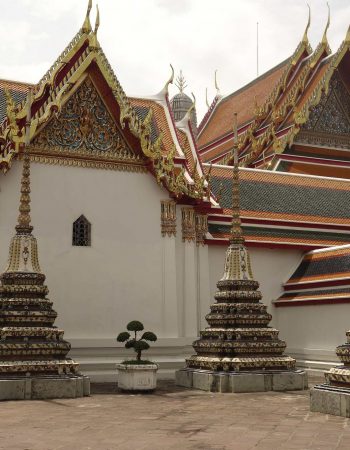 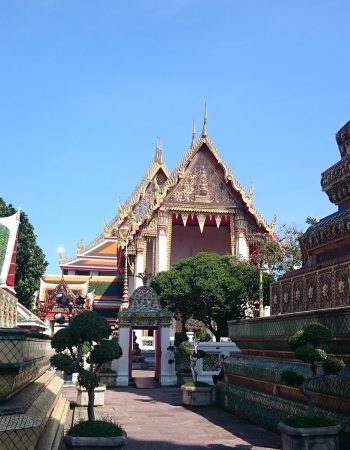 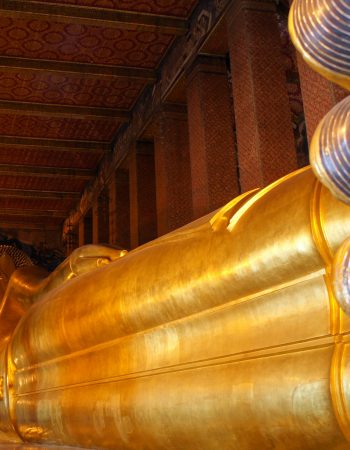 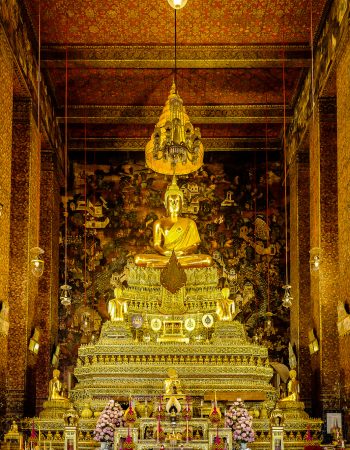 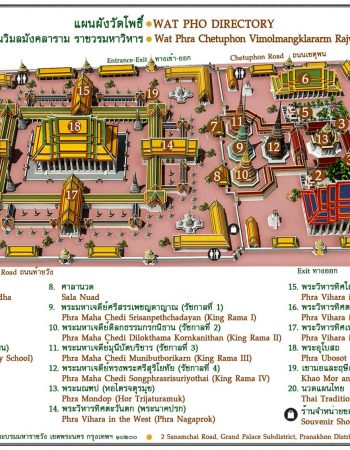 Temple of the Reclining Buddha

Wat Phra Chetuphon Vimolmangklararm Rajwaramahaviharn (Thai: วัดพระเชตุพนวิมลมังคลารามราชวรมหาวิหาร) also known as the Temple of the Reclining Buddha or as Wat Pho is one of the only six First Class Royal Temples in Thailand and is one of the oldest and largest temples in Bangkok (80’000 m²).

Phra Vihara of the Reclining Buddha

It is a group of four pagodas, each 42 meters high, decorated with colorful mosaics. Each one represents the reign of one King:

It is the main Assembly Hall for performing monastic rituals and was built by King Rama I in Ayuthaya style. It was later enlarged during the reign of King Rama III. The main image of Budha is the Phra Buddha Theva Patimakorn, seated Buddha over a three-tiered pedestal. Some ashes of King Rama I are kept under the pedestal.

These are the double cloisters extending between the four chapels. The inner one contains 150 images of Buddha, while the outer one has over 244 images. They were brought to Wat Pho during the reign of King Rama I from Ayutthaya and Sukhothai, two of the Northern Provinces of Thailand (originally over 1’300 were brought, but only about 400 were selected and kept in Wat Pho). Today all of these images are covered with gold leaves.

Back in the days, there were 2 types of doctors: Royal Doctors and Local ones. During King Rama III reign the old thai medical tradition was in danger of extinction, so the King appointed a new Royal Doctor: Phraya Bamroer Rajaphat. He was designated to engrave all the Thai medical science knowledge around two cloisters: Phra Maha Chedis and Sala Rai.

Furthermore in 1856 King Rama V entrusted his Royal Doctors to translate some medical texts from Pali-Sanskrit into Thai and indexing them as “Medical Handbook – Royal Edition”.

Please note that as every other sacred/religious place it is required for visitors to dress accordingly. No skin above the knee can be exposed (long trousers for males, trousers or long skirt for females) nor can the shoulders (no singlets allowed) and in general an appropriate clothing style and behaviour is mandatory.

Before entering any of the religious building you are required to take off your shoes.

It is also prohibited for women to have physical contact with monks.