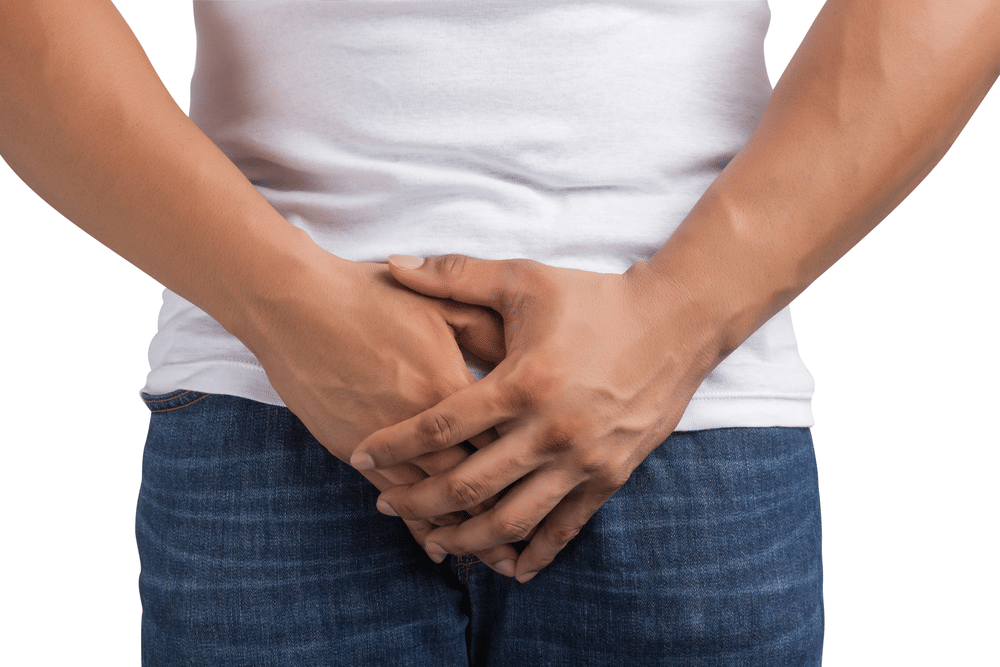 Prostatectomy is a surgical procedure which partially or completely removes the prostate gland. It can be performed in different ways, depending on the initial diagnosis and advised treatment strategy. Frequently this procedure is performed to treat prostate cancer and in such case it is referred to as radical prostatectomy. It may be performed alone or combined with other types of treatment such as radiation, chemotherapy and hormone therapy.

The radical prostatectomy is recommended in patients with localized prostate cancer.

Simple prostatectomy is indicated for men with urinary symptoms and enlarged prostate glands. It can be performed with a different range of techniques. The surgery relieves the complications resulting from blocked urine flow such as urinary incontinence, a frequent need to urinate, difficulty starting urination, prolonged urination, nocturia, stopping and starting again while urinating, urinary retention. Usually, this procedure has a higher risk of complications and typically results in longer recovery time. 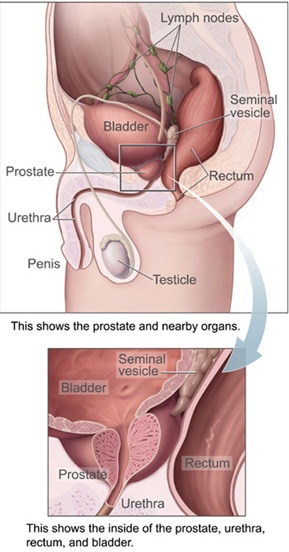 A radical prostatectomy can be performed using different techniques, including:

Before the surgery, the urologist will perform a comprehensive physical examination and will prescribe and perform a cystoscopy to evaluate the size of the prostate. Other laboratory tests sometimes are required with the aim to assess the kidney and liver function, the clotting profile and measure the prostate and the urine flow.

During the interview, the patient should explain if he or she is currently taking blood-thinning medications and nonprescription pain relievers, such as aspirin, any history of allergies. Usually, before the surgery, the doctor will recommend an enema, to clear the bowels.

Incisions for open and robotic prostatectomy 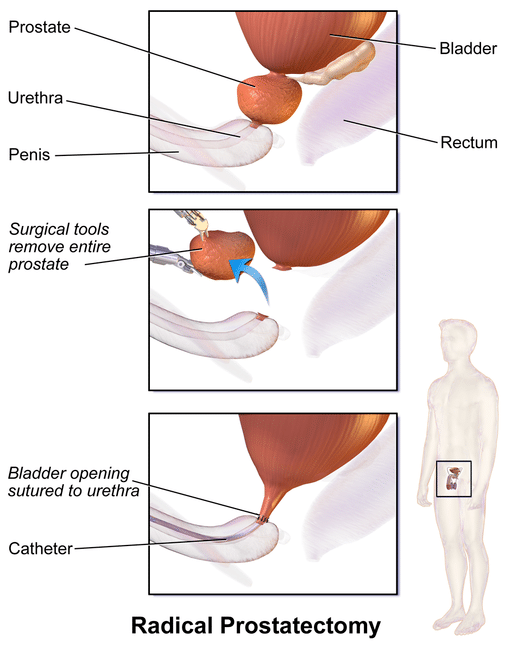 The prostatectomy is a surgical procedure. The possible complications are active bleeding, urinary  infection, urinary incontinence, Lymphocele, Erectile dysfunction, rectum injury and narrowing of the urethra.

A simple prostatectomy has a higher rate of complications and the recovery time is longer than other surgical procedures such as  TURP known as transurethral resection of the prostate, laser PVP surgery or holmium laser prostate surgery known as HoLEP.

Some of the most common complications of TURP are the bleeding on the operation site, injury to adjacent structures, urinary incontinence, sexual impotence, dry orgasm, narrowing of the urethra or narrowing of the bladder neck.

After surgery, the patient will receive intravenous analgesia. After the intravenous line is removed, the surgeon usually prescribes oral analgesics and anti-inflammatories.

The patient will go home after the surgery. The sutures will be removed after 15 days. Often the urinary catheter needs to be kept for five to ten days after surgery.

The physical activity level should be increased gradually. The patient can start with the usual routine after four to six weeks. During this time of recovery, it is not allowed to drive

The patient will be able to resume the sexual activity after recovering from surgery. Following a simple prostatectomy, the patient will experience an orgasm during the sexual intercourse, but little or no semen might come out (dry orgasm).

The Robot-assisted prostatectomy is the best available option in most cases. Several studies have shown that this intervention reduces pain and blood loss, diminish tissue trauma, reduce the hospital stay, and it has a positive impact on the recovery period. The patient usually returns to the regular activity, with only mild restrictions, 15 days or 1 month after the operation.

Open simple prostatectomy usually produces relief of the urinary symptoms.  It is the most invasive method to treat an enlarged prostate, but the complications are not common.